Israeli arms companies forced to pull out of major aerospace convention in France
Elbit Systems and Israel Aerospace Industries (IAI), two Israeli arms companies that assist Israel with the construction of its apartheid walland supply drones to the Israeli military, have pulled out of a major international aerospace industry convention in Toulouse, in southern France, following a campaign led by BDS Sud-Ouest.
The two military companies participated in the 2010 Aeromart Business Convention and had been listed as participant’s in this year’s convention, which started on 4 December. But in the wake of a 60-strong demonstration outside the convention center on its opening morning, event organizers announced that Elbit Systems and IAI had “at the last moment decided not to participate in the event.” The companies were worried about the damage to their reputation and further demonstrations taking place during the convention, according to information recieved by campaigners.
The campaign against the appearance of Israeli companies at the convention began in February, originally targetting local government bodies involved in the convention, and recieved radio and TV coverage.
In its report Precisely Wrong, Human Rights Watch detailed the use of drones provided by Elbit Systems and IAI in the killing of civilians during the 2008-09 Gaza massacre. Armaments provided by the two companies were surely used during Israel’s latest assault on Gaza. In its promotional materials, Elbit Systems boasts that its drones are “field tested,” by which it means that their deadly power has been demonstrated on Palestinian civilians.
Several European financial institutions including the Norwegian state pension fund, Danske Bank and ABP have divested from Elbit Systems. Slowly but surely, the boycott, divestment and sanctions(BDS) movement is showing that there is a price to pay for being part of Israel’s military machine.
52 public figures including Nobel prize winners, artists, writers and academics issued a call for a military embargo on Israel in the wake of the attack on Gaza last month (full text here). The Palestinian BDS National Committee launched a campaign for a military embargo on Israel on 9 July 2011.
Publié par BDS Sud-Ouest à dimanche, décembre 16, 2012 Aucun commentaire:
Envoyer par e-mailBlogThis!Partager sur TwitterPartager sur FacebookPartager sur Pinterest 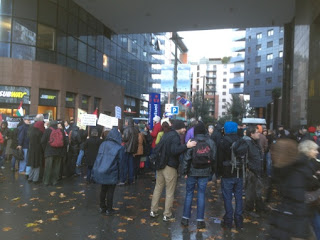 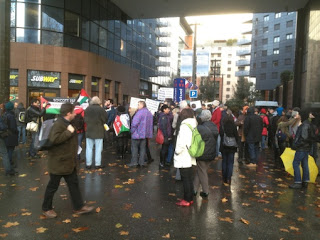 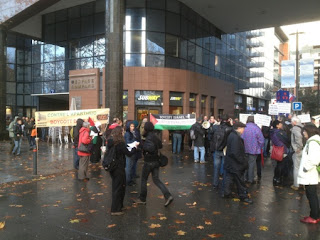 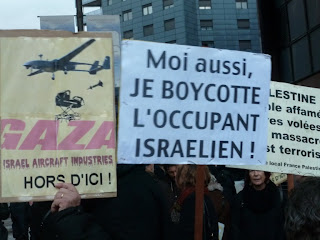 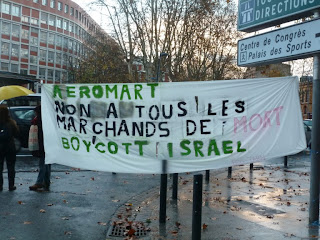 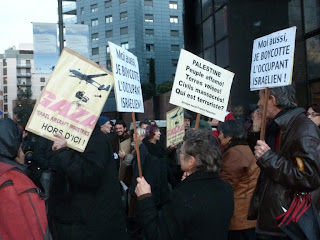 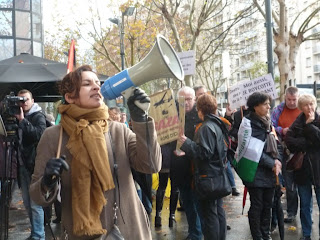 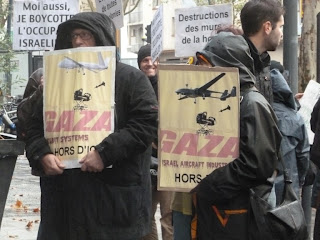 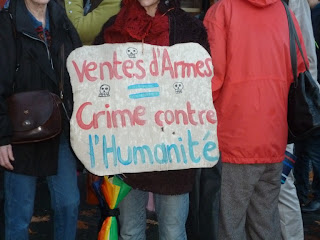